Getting started as a student!

At home in his flat in Paris, Sam feels lucky compared with other students at the Sorbonne University, where he is in his first year studying law. Sam can walk home after his classes, drawing inspiration as he strolls through the streets and alleyways of Paris. Most of his friends have jobs so they go to work after class.

Sam’s parents are providing financial support, and he also has a CEDIES scholarship and the state-guaranteed student loan (formerly CEDIES), meaning he can focus entirely on his studies. He will only start repaying his loan after he has graduated, or up to two years later, if he prefers. He feels really fortunate to be able to make the most of being a student!

Sam has wanted to become a lawyer since he was 15. Maybe because his favourite uncle is a lawyer, or because he loves watching TV series featuring lawyers and investigations, like Ally Mc Beal, The Good Wife, Suits and Capitani. Sam is very good at solving all sorts of cases.

When applying for a place at university, he chose the best law schools in France. He went to student fairs two years running, picking up tonnes of brochures and prospectuses and poring over them on arriving home.

His first choice was to go to the south of France, because going to the beach after class seemed like a great way to make the most of student life! He was on the waiting list at Montpellier University, as Paris offered him a place straight away, and let’s be honest, his parents wouldn’t have let him miss the opportunity of studying at the Sorbonne.

Once he had shared his news with all the family, Sam and his mum went to see some apartments in the best parts of Paris. Prices have gone up a lot since his mum studied there! Sam is quite happy to be on his own so he began by looking for a studio apartment he could make his own instead of a flatshare.

But after phoning several numbers from student housing websites and visiting several apartments, Sam realised he wasn’t going to find what he was looking for in Paris! All the apartments he applied for were either already taken or too far from the university. It was time to compromise.

A few weeks before the start of term, Sam and his mum visited the university campus. A notice board in the entrance hall had dozens of ads for flatshares. Sam didn’t want to share a bathroom with a stranger, but in the end he found a few places that looked good. He phoned one number and after a quick chat he arranged to visit the apartment.

After viewing it he took it straight away! The apartment is just 15 minutes’ walk from the university - what a great location!

With rent to pay every month, Internet, telephone and electricity bills, food, and train tickets to come back home every now and then, Sam had to learn how to manage the money he received each month.

He’s got a scholarship and took out the state-guaranteed student loan (formerly CEDIES), which he will start to reimburse later, even up to two years after graduating if he wants. This will at least leave him the time to find a job first.

Apply for financial aid from the Financial Aid Department

To keep on top of his budget, Sam has set a monthly spending limit. His parents will help out if necessary, but they are pleased to see their son take control of his finances.

"Get the next instalments of your loan in just a few clicks with S-Net Mobile."

When Sam has spent the first instalment of his loan, he will easily be able to obtain the next instalment, straight from his mobile. For Sam, it’s great to be able to do that via S-Net Mobile – he won’t have to visit his branch in Luxembourg, he will be able to access his loan by simply scanning the QR code he received when the loan was approved!

1. Check you have the latest version of S-Net Mobile installed on your phone

3. Scan the QR code shown on the letter approving your CEDIES loan

4. Confirm your request and the money will immediately be paid into your Spuerkeess current account

Mum might not be cooking for you anymore, but that’s no excuse to let yourself go. Sam’s parents have always had a healthy lifestyle – his mother has always cooked fresh food, and he used to cycle over 40 km with his dad every weekend.

To keep up these good habits, the location of Sam’s flat means he can walk to university, so he gets around 30 minutes of exercise every day (there and back).

For his meals, Sam buys fresh food at the local grocery store two or three times a week to avoid waste.

Sam always pays with his Axxess Visa Debit card, meaning he has a record of what he spends, which he can check at any time on the S-Net Mobile app. MIA, the personal financial assistant in S-Net classifies Sam’s spending by category (Food & Home, Restaurants & Leisure, Health & Well-being), giving him a clear overview of how he spends his money. 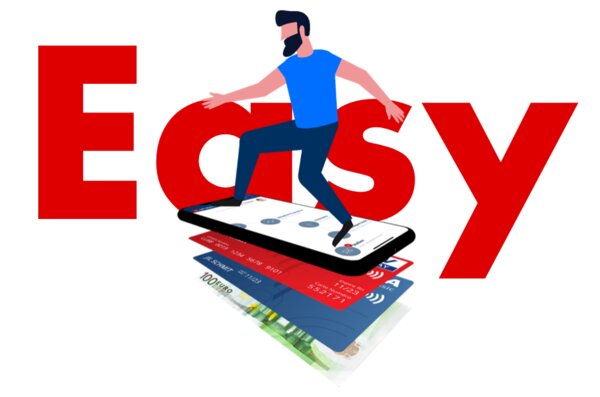 Take your bank with you, and do your main banking 24/7, anywhere in the world.

Sam doesn’t just have a debit card – with his Axxess Study package, he enjoys many other benefits:

* subject to acceptance of your application

Sam has all he needs to manage his money and has even kept a little aside to pay for Netflix and PlayStation Plus, because since he couldn’t go study to the south of France, he spends rainy afternoons on his screen. At least this way there is no risk for him to get sunburned!

Affordable higher education for all

Louise is 19 years old and lives in Luxembourg with her mother and brother. She has just finished the last oral sessions on her final exams, and is waiting…

4 tips on how to avoid going broke when moving…

Perhaps you're leaving home to go to university, move in with your partner or simply because it's time. Congratulations! From now on, you can deck…

You’re starting to feel more and more comfortable with the idea of investing and now would like to understand what it means to invest in “green”. Well, we will…

Having invested in securities, you want to make sure you have made the right choices. To that end, it is for instance vital to keep informed of the latest…

Now that you have an understanding of investment funds and equities, you just need to know what bonds are, to complete your basic knowledge. You may have…

You've done it! Your securities portfolio has been opened and you have set your investment amount. Welcome to the stock exchange! You may feel a little…

You have set your investment budget, determined your investor profile and probably opened your securities account. What happens now? Well, you just need to…

Do you want to invest but do not know where to start? It would be true to say it is not the simple matter it might first appear, and that is why it is…

Opening and managing a securities portfolio

Are you able to put aside a little money at the end of each month? Have you ever asked yourself how you could put that extra money to work, to increase its…

So you have decided to do something for your savings by investing some of your money? Congratulations! To get started in the Stock Market and build investment…

All articles
Branches
Find a branch
Spuerkeess Direct
Monday to Friday 7:00 am to 7:00 pm
Modal