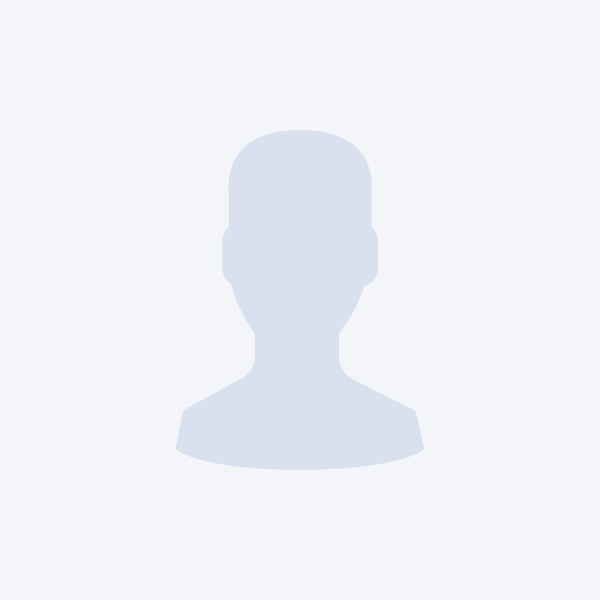 Happiness and how to stay happy in a modern world

We live in a fast-paced digital world and, wherever we go, we are reachable 24/7 via our smartphones. Is it possible to be happy whilst constant stress ? We spoke to Roger Fernandez Urbano, Doctor of Political and Social Sciences of the European University Institute, PhD and researcher on happiness and inequalities, who gave us five tips to lead a happier life.

In 1974, Richard Easterlin discovers that even though people (or countries) with higher incomes report higher levels of happiness than low-income individuals (or countries), average happiness eventually levels off with constant income growth over time. This phenomenon is called the ‘Easterlin Paradox’. Proposed explanations for the Paradox refer to long working hours that come with higher incomes, discrepancies in relative income levels among individuals or the comparison of individual’s income to a reference level.

What is the exact threshold? Well, there have been various discussions and the debate is still open. For instance, an important study was made by the Nobel Prize laurates, Daniel  Kahneman and Angus Deaton in 2010. The authors find that in a particular moment in time the relationship between income and subjective well-being rises steadily without a satiation point in the U.S. when the happiness is understood as life satisfaction. Nonetheless, when the authors capture happiness with a hedonic and experiential measure (i.e. the emotional quality of an individual’s daily life), happiness rises with income only until an annual income of $75.000. In other words, more money allows us to ‘buy’ more memorable and extra-ordinary moments but when it comes to the day-to-day happiness, earning more than $75.000 is not good for us as we usually must sacrifice a lot of other things to earn it.

Talking about Nobel laureates, Prof. Richard Easterlin won this year the status of ‘Nobel Prize class’s researcher together with Prof. Richard Layard and Prof. Andrew Oswald for their pioneering contributions to the economics of happiness research.

First, I would say that ‘happiness’ is the marketing term and it’s virtually impossible to be ‘full-time’ happy either in its hedonic (intense joy) or evaluative (contentment) version. What we should aim to maximize is our subjective well-being, even if researchers often use the terms interchangeably.

Second, we should also differentiate between components and determinants of subjective well-being. When it comes to the former, according to positive psychology, it consists of five main domains that can also constitute tips for happiness:

2) try to find as many moments of flow as possible in the different activities you do during the day;

3) cultivate meaningful relationships with those around you;

4) try to stop and think about your meaning and purpose in life; and

5) celebrate each one of your accomplishments, even if they are small.

When it comes to the determinants of happiness empirical research has shown that the most important determinant apart from income is having a stable job. According to Jahonda’s (1982) deprivation theory being employed in a stable job fulfils different positive psychological functions: the imposition of a time structure, social contacts, participation in a collective purpose, status and identity, as well as compulsory regular activity.

It is also interesting to notice that although the value of work for individuals has remained stable over time, workers are applying increasing importance to the ‘social’ aspects of it, such as the real value their employment brings to society. By contrast, being unemployed, severely ill or disabled, living in a dictatorship or experience big income inequalities are the most detrimental to individuals’ happiness.

As you said, in this globalized work, with increasing inequalities, labour market uncertainty, political polarization, climate change and increasing divorce rates it may seem challenging to pursue these facets, but in comparison with any other period in history, it is worth remembering that we have never had so many opportunities to achieve happiness and been able to create an ‘art of living’.

In most of these studies, subjective well-being or happiness has usually been evaluated by questions like:

‘Taking everything into consideration, tell me on a scale of 0 to 10, how happy you are’ (where ‘0’ means very unhappy and ‘10’ very happy).

‘Taking all things into consideration, what is your level of satisfaction with life in general? Note that 0 is very dissatisfied and 10 is very satisfied.’

Empirical studies support that responses from surveys are highly correlated with electroencephalography prefrontal area of the brain, which is responsible of internal well-being feelings.

There are also other studies that show that these answers are valid for individuals in distinct cultural and ethnic contexts.

A lot! More than we think. In the seminal work of Daniel Kahneman and Amos Tversky, show that cognitive biases constantly influence the way we perceive the reality and with it our expectations and interior well-being. In part, this is understandable given that ‘pure,’ context-free psychological mechanisms do not exist, as the human psyche cannot exist independently of its sociocultural contexts. In particular, individuals of the same culture can share and perpetuate specific cognitive biases. This is because cultural practices and meanings are taken for granted within each culture and are typically unchallenged by individuals. One of the most important cultural dimensions is the individualistic vs collectivistic.

Self-enhancement bias refers to the fact that individuals only selectively ‘see’ their individual successes and neglect both their failures and others’ successes to construct a permanent positive self-image.

Optimism bias is based on overestimating the likelihood of positive outcomes. Think about the so-called cultural ideal of the United States as the ‘Land of Opportunity’: that is independently of the macroeconomic conditions or individual circumstances, there are always opportunities if individuals try hard enough.

In contrast, collectivist cultures are generally characterized by individuals adopting the pessimism bias. This cognitive bias makes individuals overestimate the likelihood of negative outcomes as well as believe that their conditions and opportunities in life are permanently inadequate.

Happiness has only become a much more realistic goal for most people in the last 100 years. Before that, there wasn’t much time to think about ‘being happy’. The higher the levels of economic development we achieve and, with it, the greater the life expectancy and the expansion of social safety nets, the more important happiness will become in our lives and, consequently, the individual and societal responsibility to promote it.

Interestingly, during the last two decades there has been a change of paradigm in public and private sectors to prioritize well-being, especially after the 2008 Economic Crisis. This may seem surprising, given that classical thinkers of the market economy such as Adam Smith or Stuart Mill already spoke about it in their treaties on ‘Moral Economy’.

Nowadays subjective well-being research contributes to the debate on the limits of traditional measures of economic growth and social progress like GDP. The Human Development Index of the United Nations, the ‘OECD Better Life Index’, the ‘Gallup-Healthways Well-Being Index’, and the Ecosystem Services Indexes already include subjective well-being measures to complement material indicators. Many regional, national, and supranational governments push into the same direction.

1. Be authentic and pursue your passions. Life is very short! There is no time for more! The ability to live poetically is one of the keys, as the French philosopher Edgar Morin would say, to finding well-being. Which are your meanings and purposes in life? Start with your WHY.

2. Cultivate your critical thinking and try also to see the point of others. In this times of increasing polarization, media control and demagogy, it’s more and more important to be critical, emphatic and be ready to challenge your own views. Be ready to unlearn.

3. Be grateful and kind to others and try to contribute to make those around you better. Have you done anything to improve the lives of others? Eduardo Galeano used to say, ‘it is not worth living to win, it is worth living to follow your conscience’.

4. Embrace mistakes and failure as the paths to grow. Go often a bit out of your comfort zone. Luck is the combination of opportunity and preparation. Walk the ‘scalped road’ as Plato would say in the Allegory of the cave.

5. Find as many moments as possible of flow-engagement– engage in activities you really loose the sense of time. This will also allow you to enjoy the moments before these activities. Happiness is also in the ‘waiting room’ of happiness. Learn to enjoy the expectations that something good is going to happen.

There is an urgent need for rapid transition to global sustainability. Business and industry have enormous social and environmental impacts. "Why does it matter?" is a bi-monthly blog that aims to elucidate this important topic through the eyes of our experts.

Don't miss out our experts' practical tips for your daily life and be part of the positive change.

Human-centric AI and how to offer a personalised…

What are the main energy trends for 2023 and how…

We spoke to Thomas Gibon, Researcher in the “Life cycle sustainability assessment” department at the Luxembourg Institute of Science and Technology (LIST) who…

Happiness and how to stay happy in a modern world

We live in a fast-paced digital world and, wherever we go, we are reachable 24/7 via our smartphones. Is it possible to be happy whilst constant stress ? We…

FinTech 2023 and where does Luxembourg stand on a…

We spoke to Nasir Zubairi from LhOFT who provided insight and gave five useful tips for CEOs of banks when it comes to FinTech adoption?

Our ageing population and how to face the…

The rapid ageing of the world's populations and the decline of the working age population are becoming a growing concern. We spoke to Kristell Leduc,…

The energy shortage and how to install solar…

What impact does the current energy crisis have on Luxembourg and where is the nation headed in terms of solar energy? We spoke with Sarah Juchems, Head of…

My mobile phone: a curse or a lifesaver?

Luxembourg has one of the highest smartphone penetration rates in Europe; 94% of the population own a smartphone. According to STATEC, most children in…

Green and digital. How to build a smart city in…

The purpose of a so-called "smart city" is to use technology in order to increase operational efficiency and, thus, improve the welfare of citizens.…

Biodiversity and how to protect it

The UN Biodiversity Conference (COP15) will be held in December 2022 in Montreal (Canada). With climate extremes manifesting themselves in increasingly intense…

How can we keep the environment clean?

Littering is the bad habit of leaving trash in public spaces or carelessly throwing it away. Mr Jean-Pierre Santer, co-founder of “Pickitup”, says that this…

How can we help improve our wastewater?

165 litres of water are consumed on average per day per person. After being used for laundry, flushing the toilet, cleaning, cooking, etc., , wastewater is…

How to reduce food waste

About one third of all food produced in the world goes unused or ends up in the bin. Not only does this release around 3,300 million tonnes of CO2 annually but…