While the Fed announced a very accommodative monetary policy, it also added that the central bank's rates were still far from neutral and that it would gradually move toward them. Consequently, its comments indicate that we can expect many rate increases in the future. In addition, yields on American sovereign bonds have increased, drawing the risk premium up on equities in their wake and taking investors to less risky assets.

Investors are worried about future growth and demand. From an international standpoint, the trade war between China and the United States has reached a level that now threatens growth. It’s clear that American president Donald Trump and his Chinese counterpart Xi Jinping are nowhere close to reaching an agreement.

This state of affairs has added oil to the fire for investors who were already concerned about the impact of trade tensions and the sustainability of Chinese growth.

However, the Chinese central bank has made efforts to avoid negative impacts. First, in order to encourage borrowing and reduce the cost of financing for companies, it injected a number of stimuli into the Chinese economy by reducing the rate of bond reserves for banks. It also intends to facilitate access to loans for private companies to ensure that they have greater assets available. Measures were implemented to guarantee financing and investments for the economy and obstacles to foreign investment have been limited. 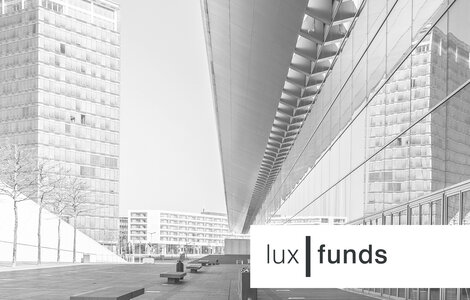 Choosing from our range of funds has never been easier. They have been developed to suit you. Short, middle or long term; you will find an investment meeting your expectations.

The International Monetary Fund has also been voicing concerns about growth. It revised its forecast for global economic growth downward for the first time in over two years, reducing it to 3.7% this year and for next year. For its part, in its monthly economic report, the Bundesbank—the German central bank, stated that the German economic growth engine may have stalled in the third quarter.

The Bundesbank raised key issues in its report: following a tepid third quarter, fundamentals are in place and maintained to ensure that growth will rebound and result in an economic recovery in Germany in the fourth quarter. It explained that the slowdown was largely due to the difficulties experienced adapting to the new procedures for testing emissions in the automotive sector, which profoundly impacted industrial production.

Winner of the award of best fund manager in Luxembourg in its category
BCEE-AM's professional and diversified portfolio management policy has been recognised by the rating agency FundClass for six consecutive years.

Another phenomenon which is causing investor concern is the unexpected announcement of bankruptcies, like that of Sears, a retail chain renowned for its catalogue of merchandise commonly referred to as the “consumer’s bible”. Sears announced that it would default on payments after nearly 120 years in business.

In the case of Europe in particular, the uncertainty about the region's economic health is the result of the difficult Brexit negotiations combined with the populist policies implemented in Italy. In this respect, yields on Italian sovereign bonds are at levels not seen since 2014. The markets are worried about a deterioration in Italy’s credit rating and the potential contagion that could ensue.

Lastly, in emerging markets, the impact of the strong dollar on the foreign currency debt of local companies is creating turbulence.
Marc Fohr - Head of Investments, BCEE Asset Management
Tweet

In the current environment, we would like to point out that the S&P 500 already experienced declines of over 5% for very short periods of time in February and March 2018. The drops were quickly reabsorbed thanks to strong fundamentals. Review of the macroeconomic data published over the past weeks continues to show that the cycle is healthy in the United States and Europe.

In our opinion, macroeconomic and microeconomic fundamentals will continue to be stable and the worries of financial market operators will subside when the results of the mid-term elections in the United States are known.

It is in a particular environment that Xavier Hannaerts, Head of Investments at Spuerkeess Asset Management, speaks about developments in the context in which…

Aykut Efe, Economist at Spuerkeess Asset Management, discusses the potential impacts of quantitative easing on the real economy in the long term.

Solid as a rock

Since the 2008 financial crisis and the implementation of non-conventional monetary policies around the world, bond yields have fallen significantly. The US…

A slow and gradual recovery

In an increasingly complex environment, the digital automated investment product Speedinvest has proven to be the ideal investment.

lux|funds: an approach that is proving its worth

Since February, as COVID-19 has rippled across the globe, there has been a widespread sell-off in the financial markets, combined with a literal explosion of…

Marc Fohr, Head of Investments, and Aykut Efe, economist, discuss the election of Boris Johnson after the resignation of Theresa May.

Every Wednesday, William Telkes, Spuerkeess' Chief Economist, comments on financial news from around the world, on RTL Radio Lëtzebuerg.

Branches
Find a branch
Spuerkeess Direct
Monday to Friday 7:00 am to 7:00 pm
Modal